Stuck for content ideas? No idea what to write on your business blog, marketing emails or social media accounts?

Lack of inspiration is one of the most common wordy-woes I’m presented with. And usually the solution is simple - Stop Sabotaging Your Own Creativity!!!

In this video I explain how you may be your imagination’s worst enemy, how that affects your business, and what you can do about that.

(highlights in text below the video for the skim readers)

Why you’re finding it so difficult to come up with ideas for your blog post, or your social media or your emails and why I think that it’s your fault and what you can do about it.

This is the most common complaint or question I think I get. People don’t know what to write on their blog posts, or their social media accounts and they feel like they’re constantly having to come up with new ideas for fresh content that their audience is going to want to see.

I have a few tools that help people with that. I’ve got a workbook, it’s most popular freebie, which is a Year Supply of Blog Post Ideas and it’s packed full of questions to help people come up with ideas for their blog posts.

So I know that this is a constant struggle for business owners who are trying to come up with fresh content ideas.

To explain why I’m about to basically give you a ticking off, I want to take you back to my corporate days.

Fresh out of uni, I joined a leadership program in a financial services company. One of the first things that I was taught was if you’re leading a team idea-generating session, if you’re the person standing up at the front with the whiteboard or the flip chart paper and pen and you’re asking people to come up with ideas to contribute towards a solution, you never ever shut them down. No matter how bad you think the idea is, holding the pen does not put you in control of whether an idea is valid or not. You have to hear every idea out and write them up on the board and you don’t screen out ideas at that stage. You’re just trying to encourage as many ideas to come forward as possible.

We should just let everyone have their say. And what happens is that it gets a kind of momentum and energy in the room and everyone’s pitching in different ideas.

But in practice, this doesn’t happen. We feel the time pressure and everybody else in the room cannot keep their mouth shut when someone comes up with a terrible idea. And so they kind of really quickly shut it down like saying ‘no, that’s not going to work because of this’ and then the idea doesn’t even make it onto the board.

And what happens when you do that in a group setting is that you shut down not just that idea, but any future ideas that person is likely to have because you’ve massively decreased the likelihood of them wanting to contribute to the discussion.

But what also happens is you then change the energy or the culture of the room. And instead of it being an open space where people can contribute ideas freely without judgment, and they feel very creative, they suddenly become way more apprehensive and are frightened to put forward ideas.

Now back to the inside of your head.
When people come to me and say, ‘I can’t think of anything to write on my blog‘, or ‘I don’t know what to post to social media, I don’t have any ideas‘….

I suggest that they’re having plenty of ideas, or at least they were, but they got into the habit of shutting them down: ‘no, nobody wants to hear that. That’s been done before. Who would be interested in that? Why would anyone be listening?‘

And so eventually they just stop coming up with new ideas.

The cure for absence-of-ideas-itis - An idea amnesty!
Take a break from killing your own creativity and make a commitment for the next 5 days to at least write down every idea you come up with, even if you’re not ready to start acting on them yet.

You could really help me out here

If you think your solitary single solo social share doesn’t matter to me - think again.

Every little share encourages me to create more free marketing articles, makes my heart warm and fuzzy, and helps more entrepreneurs to discover this resource.

Thank you so much for reading this post, and your share will seriously help me (and other business-builders) out.

It won’t take more than 10 seconds of your time. The share buttons are right here. 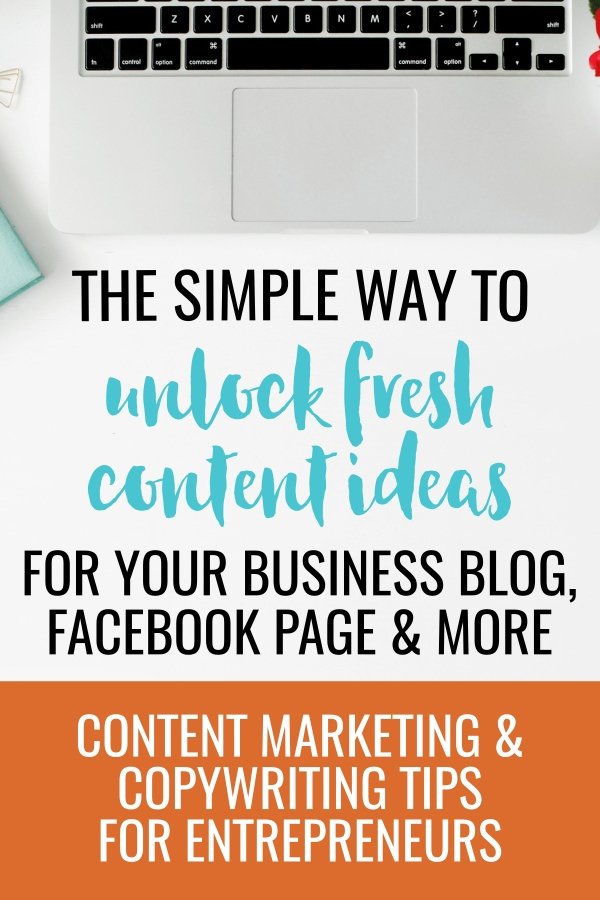 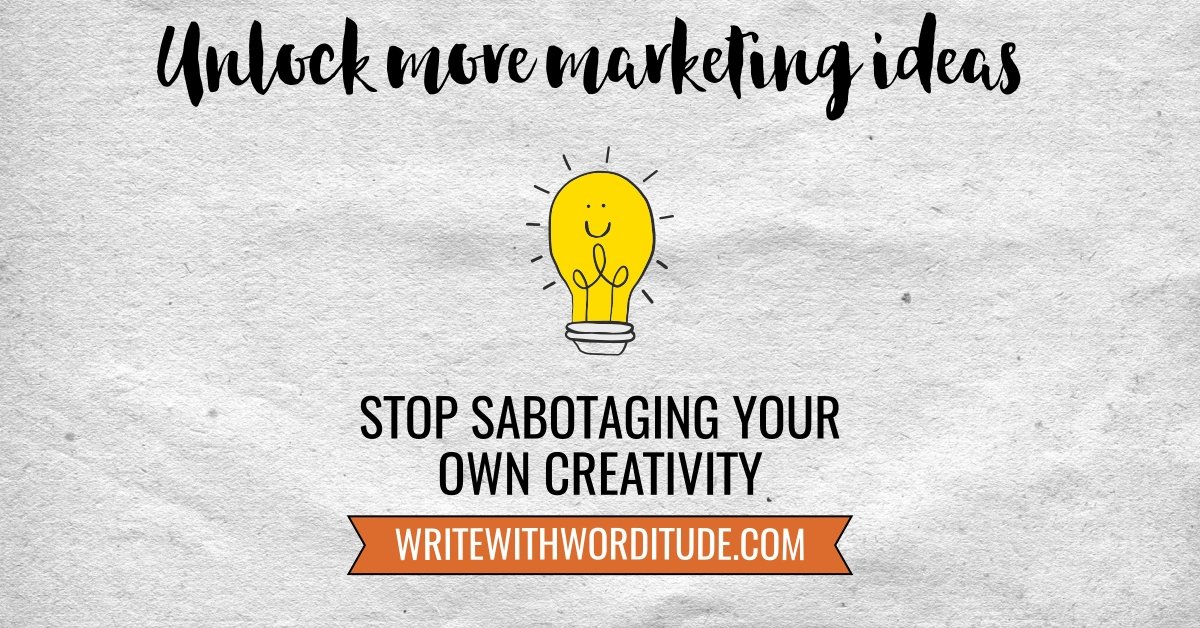 Come and join me in the free Write With Worditude Facebook group & sign yourself up to my regular email newsletter.