I’m a member of a few online clubs and programmes. Oh boy, did the people that run them make it look easy.

So I thought, ‘yep, that’s the life for me’. If you are in that heady phase of contemplating setting up your own membership site, first read this, then arm yourself with as much wine, vodka and chocolate as your kitchen can accommodate - you’re gonna need it.

By early Summer 2016 I was enjoying weekly revenues of £1,000. Whilst I love money, I do not love having to work every waking moment. And I didn’t just want to put my prices up - I love working with a broad range of businesses, from start-ups to established success stories. And I love helping people with every aspect of their content marketing, not just writing their web copy.

And so - doh - it was obvious - I needed to set up a membership site. This would give me everything my little business brain desired:
♥ A way to share everything I knew via tutorials and workbooks, so I wasn’t repeating myself over and over and over with each new client.
♥ Interaction with a variety of business, who otherwise may not have been able to work with me.
♥ The opportunity to help more people, without sleeping fewer hours, or spending less time at the beach (less of an issue now, while I am writing this in January and it’s minus 2.5 degrees outside).

I am very good at procrastinating - I take a sort perverse pride in my ability to put off doing things, yet expend a ridiculous quantity of energy just thinking about doing them.

And then right around when the boys went back to school in September, I got bored and thought ‘how hard can it be’, and decided I would set up my new membership site over the next 6 weeks.

Unbelievably, you’ve only made it through the intro thus far. What follows is a stream of consciousness about what worked, what didn’t, what I learned, what I won, what I failed at, and generally any other information that you might find useful, should you one day decide to create your own online membership club. It’s informative for you and therapeutic for me - so everyone’s a winner.

Nope, I didn’t just get to put ‘The Worditude Club’ on my vision board and think positively about it until it showed up. But I did have to sort my head out before, during and after the club was being built.

I hired a business coach for three months - I knew that if I was paying out for this, I would definitely follow-through with my plans and make it happen.

I worked with Nadia Finer. She helped me more than double my income earlier in 2016, so she was the logical choice. Plus she is just about the only human I ever let tell me what to do. I still fight her over it of course. She makes the suggestion on a call/email, I initially blow it off, or say ‘I’ll think about it’, because I’ve got face to save, and I’m totally capable of doing e-v-e-r-y-t-h-i-n-g myself. And then when she’s not looking I admit to myself that actually it’s a pretty smart move, and I go ahead a do whatever she said.

And she’s never called me out on it, ever. She’s my kinda coach.

I also doubled up on my positive mindset reading. The Big Leap. Playing Big. Daring Greatly. Basically, anything that told me ‘you’re going to want to run, hide, cry and scream. Don’t. Step up and do this.’

I’ve been building my own WordPress websites for about 7 years now, so it was always going to be based on WordPress - I just needed to narrow it down from there.

I joined The Member Site Academy on the recommendation of Cat, from The Feel Good Agency. It’s $49 a month and is packed full of resources for people who are setting up/running their own membership site. But if you’re not ready to jump into the paid option yet, they do have a free Facebook group called The Membership Mastermind.

I did most of my research about platforms in the Academy - I was drowning in free info available online, and narrowing my resources helped me to focus.

I settled on making the site look pretty with Divi from Elegant Themes (affiliate link) and used the MemberPress plugin to get the membership site functionality.

I have the tech skills needed to get the website set-up, but there was no way I could set it up, create content and promote it all at the same time without losing my mind, so I drafted in Jess Dornieden to take over the tech stuff. This was worth every single penny and helped me make progress far more quickly than if I’d attempted it solo.

I also outsourced the logo. I had it drawn up by Anureet Sra, as a variation of my existing Worditude logo.

I have been collecting content for this membership site for around 2 years. Every time I found myself re-explaining the same thing, I created a Google doc about it, to save me time and energy the next time I needed to explain it. So getting the foundational content ready was just a case of turning those documents into video tutorials and workbooks.

I launched with 3 core modules and a handful of other resources ready, and offered an early-adopters rate to reflect the fact that the library was a little sparse.

I am adding to the library all the time. Sometimes long videos, sometimes short posts. There will never be a time when the library is complete, so the club had to be launched while it was incomplete - that’s just basic logic.

I want to tell you that I had an epic sales funnel pieced together from Facebook ads through to a list-building challenge, then a nurture sequence that eventually took the subscriber to the sales page. Goodness knows I’ve set enough successful sales funnels up for other people. But when it came to my own - well, it looked like a drunk trying to get through their front door on a Saturday night. There was a lot of flailing around, some noise, a bit of a spectacle, but in the end I made it….and then collapsed on the floor afterwards.

I’m going to politely call it a ‘soft launch’, when in reality it was just a totally unplanned launch. And that’s what I needed to do. I just needed to stop planning, stop trying to make everything perfect and put it out there. I may had got more members if I’d done an organised launch, but this way the people who joined are my most engaged, enthusiastic supporters.

Every book, blog post and training programme about building a membership site tells you that you need a path for your members to follow. A journey that takes from the hellish nightmare they are in right now, to the utopia you are promising them, via your course/programme materials.

I just couldn’t hook it together like that, so I gave up and launched anyway.

I got there in the end, and now all the materials are organised in the library around this framework. 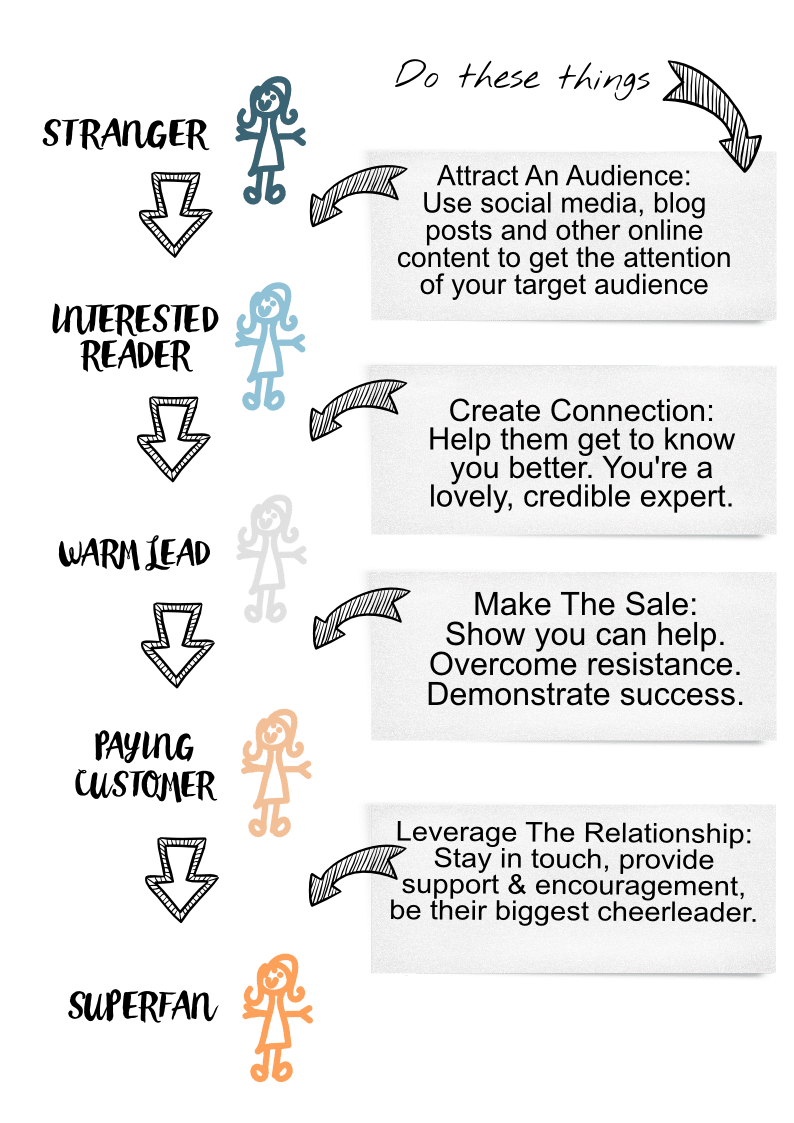 #6 The Wordidues Show Me The Way

The Wordidudes (that’s anyone who’s a member of The Worditude Club) are key to the development of the club. They ask the most interesting and challenging questions which inspires me to create new content. So although I have an outline of the content I will be releasing over the coming months, I often take a detour or make something extra, to meet their requests.

I still feel a bit yuck about this. Initially, I planned to keep my free Facebook group going, and run an exclusive group for my members. And I announced that as my intention. But I just didn’t have the capacity to manage both. By the time I’d launched and had members onboard I was exhausted, and it wasn’t fair to the people paying for access to me - so I unceremoniously, and with about 24 hours noticed, closed the free group.

If I had to name one thing that made the biggest impact on sales, it would be this chart. I set a target and was open about whether or not I was hitting it. And I meant it - when I hit 40, I was going to stop for that intake so I could get to know that group of members before taking on anyone new. I fell just short at 38 - which I thought was pretty good going.